How to manage and mitigate risk in uncertain times

Join this Supply Management webinar, hosted in partnership with riskmethods, as we discuss how global trends and geopolitical shifts are impacting supply chains and how best to mitigate the many types of risks we’re all exposed to

It doesn’t matter what size or sector your business operates in, it will always be exposed to some form of risk. This can come in many forms: economic volatility, environmental and climatic concerns, rising fuel costs, supply shortages, quality breakdowns, and many others.

And with the added complexity of today’s global and interconnected marketplace there are more potential points of failure than ever. So what do (or can) we really know about risk? And what active ingredients must organisations include in their quest to identify, manage and mitigate risk?

Join this Supply Management webinar, produced in partnership with riskmethods, as we discuss how global trends and geopolitical shifts are impacting supply chains and how best to mitigate the many types of risks we’re all exposed to. 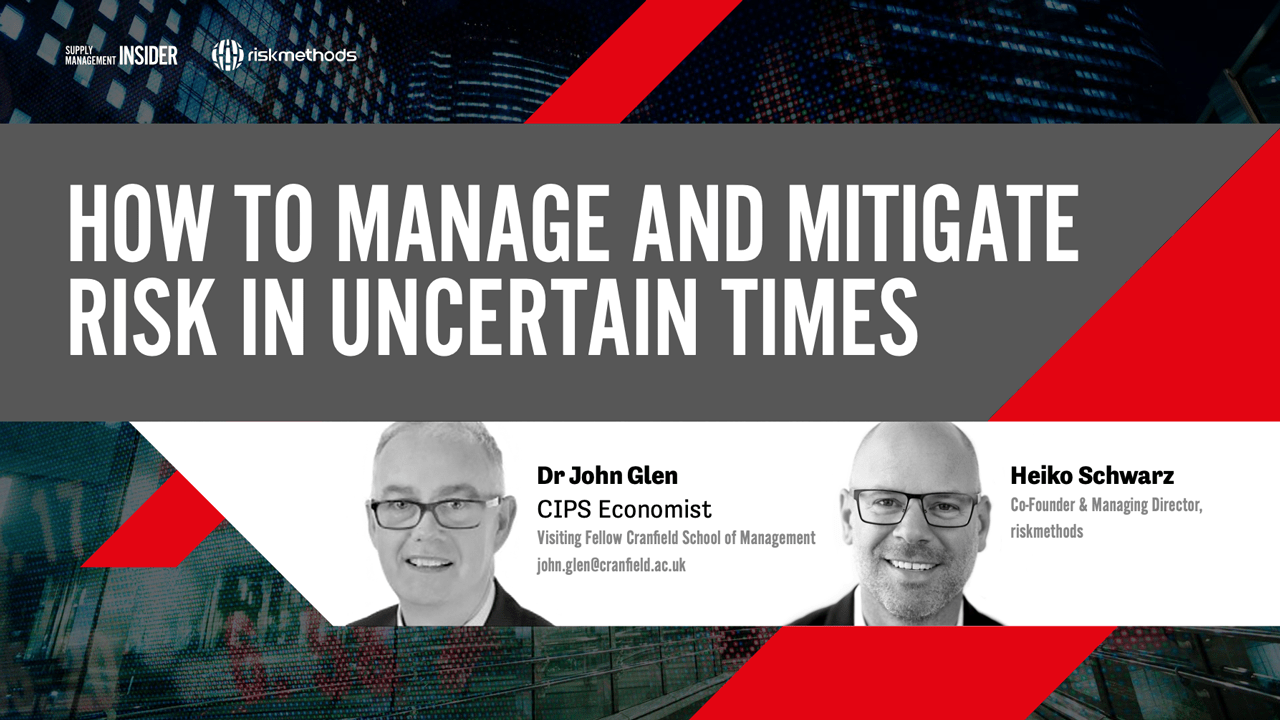 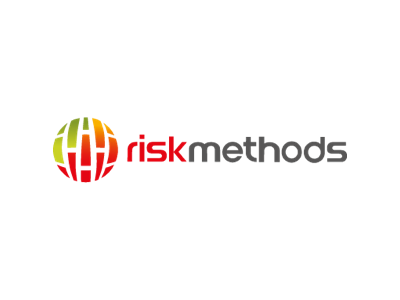 An error occurred trying to play the stream. Please reload the page and try again.

Heiko has been working in the software business for 17 years, with 14 years in different areas of the strategic purchasing market.

He has excellent knowledge in procurement, supply management, risk management and digital transformation and has been successfully helping supply chain and procurement organisations implement solutions to increase performance, reduce costs and minimize risks. In his previous position as Sales Director at IBM/Emptoris, he was responsible for global sales and know-how transfer of the “Supplier Management” product line.

Together with his business partner Rolf Zimmer, he founded riskmethods in 2013, to focus on delivering an innovative Software-as-a-Service solution for comprehensive Supply Chain Risk Management.

Dr. John Glen was a senior lecturer in Economics and latterly Director of the Centre for Customised Executive Education CCED at Cranfield School of Management in the UK. After 18 years at Cranfield John retired from the School at the end of September 2017 and is now a visiting fellow at Cranfield.

John has extensive experience as a facilitator of top teams working with talented leaders on innovation and growth strategies in 40+ countries and from many more cultures. His focus is on top team deliberations around strategy, innovation, operating models, leadership and culture to promote growth and strategic value for shareholders.

As of November 1st 2012 John was retained by CIPS as their economic advisor. In that role, John is speaking widely to procurement and supply chain practitioners about the impact of Brexit. John is also a member of the Brexit impact group that reports to the National manager of Kuehne and Nagel UK.

John appears regularly on BBC radio and television commenting on the UK macro-economy, the UK banking industry and the economics and finance of sport.

John teaches on a number of international MBA programmes in Germany, Belgium, South Africa and the Netherlands and has delivered executive education programmes to a large portfolio of corporate clients including Kuehne and Nagel, Jaguar LandRover, EMC2, Sony, Vodafone, REXAM,  Pfizer, BAE Systems, Trust Re, Etisalat, ARI, HSBC and SABIC.